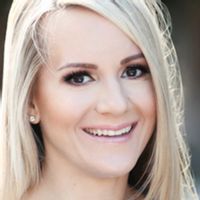 Going Through a Breakup?

Going through a breakup sucks, BUT it's all about perspective...

It goes without saying that going through a breakup sucks. That’s why people often stay in relationships much longer than they should or tolerate poor behavior for far too long. Just so they can avoid the pain of a breakup. But unfortunately, there is no detour around that pain. You have to go through it to get through it.

After a breakup, whether it was your decision or not, you may be feeling fragile, depressed, and as though your world has imploded. Every time your message alert goes off, your heart skips a beat, hoping that it’s your ex wanting to declare their love for you, tell you how much they miss you, and that they can’t live without you. You may even daydream about them making a grand gesture, just like in the last romantic comedy you watched. We’ve all been there.

That said, it’s so important to focus on why the breakup happened. People often say they have no idea what happened and that everything was so great (until you start peeling back the layers), but the reason they do that is because saying the alternative makes everything too real. Too final. And the problem with doing this and focusing on all of the great things they said and all of the happy memories the two of you created, is that it keeps you stuck.

Everyone has happy memories. If you didn’t have good times, then you would have never dated in the first place. But clearly, the relationship was not all sunshine and rainbows, or the two of you would still be together

Your breakup should not be looked at as the end of the world. It’s really important to shift your line of thinking and realize that it’s much better letting go of something that’s not working and not invest anymore of your time into something that doesn’t have longevity. (breakupBOOST.com can help you with this.) Trying to force a relationship will make you feel like you’re banging your head against a wall. It will leave you feeling frustrated and hopeless.

Don’t look at your breakup as a failure either. Look at it as gaining life experience for your future. You will now have a better idea as to what you desire in your next relationship. You will promise yourself to pay attention to the red flags and not ignore them. You will grow as a person and become stronger.

This breakup will also provide you with evidence for going forward that you really can get through anything…even when things seem impossible.  It’s easy for people to tell you that you’re going to be ok, but when you learn this yourself from past experiences, you can truly believe it. It’s just like when you got over your previous breakup - that relationship and that ex likely isn’t even on your radar now. The whole situation probably doesn’t even affect you or give you a second thought. The same thing will happen this time around.

Or maybe you’re worried about feeling lonely. In reality, you’re going to feel lonelier in an unhappy and unhealthy relationship. It’s also important to note that you are not “alone” after a breakup. You’re “single”. There’s a big difference between the two. Being alone would mean that you are off by yourself in the middle of nowhere with no human life form in the vicinity. That’s not the case.

Even if the breakup wasn’t your decision, you can still see this as a positive, because there is no point in being with anyone who doesn’t want to be in a relationship with you. A successful relationship requires two people who have amazing chemistry and compatibility … both committed to building a partnership. And hey, when you look back, you will likely even realize that they did you a favor because you may have not felt strong enough to cut the cord on the relationship yourself.

It’s also important to take note that if the breakup was not your decision, that may be why it’s making you think you want your ex back, when you really don’t. It’s human nature to want what we can’t have. It’s always harder on the person who feels like they aren’t the one in control of the decision. This is why you, again, have to reflect on why the breakup happened.

I encourage you to make a list. Grab a pen and paper (old school style) and write down everything that went wrong in the relationship, right down to the nitty gritty. Next to each thing, write down how it made you feel, such as anxious, sad, betrayed, alone, insecure. This list will help keep you strong. Every time you feel weak, look at this list. The exercise in itself can make strides in your healing because it can make you start to think “Why am I so upset over this person when they treated me this way?” or “I really wasn’t that happy in the relationship after all.”

You also want to stay away from stalking their social media and you should definitely not be in contact with them. If they are constantly top of mind, you will keep struggling to move on. No one can do this for you, but you though. You need to be committed to your healing and take the appropriate steps, which also includes staying busy and working on yourself. You want to stay focused on doing things to improve your physical and mental health. Getting back into a regular routine helps immensely. Think of it as a time to rebuild your confidence. A time to prioritize YOU.

Remember … what you’re feeling right now is a temporary pain. You will get through this. Day by day, you’ll gain more control over your emotions and start feeling better. Things will begin to feel lighter. You’ll notice you feel less anxious and the heavy stress will start to exit your body.

This relationship was just a chapter in your book. The next chapter is waiting to be discovered. One day you’ll look back and be grateful this breakup happened because it redirected you to something so much greater. You just don’t see it now, but it always happens that way!

Trina Leckie is your best friend after a breakup. For more straightforward breakup and relationship advice, visit breakupBOOST.com. Also, be sure to listen to Trina’s ’breakup BOOST’ podcast, found on Apple Podcasts, Spotify, or any podcast app. You can also connect with her on Instagram.