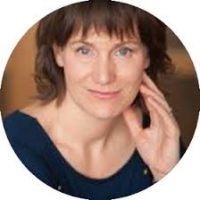 The final goal is not to become Uncle Dagobert 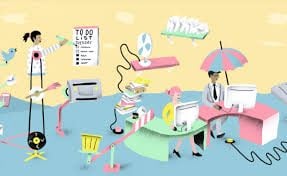 In the first post, we wrote that most of the population still rely on the state pension scheme and does not have an emergency plan. Then we promised a long life, and we decided that we must do something in order to live acceptablely for this longer time.

Let’s look at two examples now, to see, what kind of problems might stop you from starting to sort out your finances.

Tale1: Judy handles the affairs of international carriers in Budapest, usually 8.5, or10-12 hours per day. She doesn’t earn badly at all, there’s a bonus, but it’s like she is leaving his cool, well-organised, always reliable self behind when she leaves her workplace. No wonder she was 38 when she and her husband divorced, and in addition to girls aged 14 and 7, even her sick, elderly parents in the countryside are part of the immediate family. She feels like she’s in a rat’s wheel. According to her friends, this is true: schoolride, than to work, phone call in the car to arrange her mother’s control check-up at the rural hospital, lunch at the table at work to get to the 7-year-old in ballet class on time, queuing at mall at home, learning while making dinner, the tasks last at least until 10:00 p.m. Although Judy never has a problem with payments (honestly, she dosn’t even notice what for she is paying, it’s all set in the netbank), but in recent years there have been several financial crises, so she collected some smaller loans under a million forint and credit line for her current account is somehow always in use. It’s a good thing the apartment is now in Judy’s name, at least it doesn’t have to be paid for, and since then they’ve been going out once in a month with the girls for a wellness weekend.

Tale 2: Mary and her husband could not have children. They live in a rural town, Kriszta is a public school teacher. Although it is becoming increasingly difficult to fill in a lot of bureaucracy at school, she does not feel overwhelmed. Without her husband’s job, it would be difficult to pay the mortgage, which is now based on variable rate, but at least forint-based. At least no worry about the FX rates. But they have the feeling the payment will never end. She doesn’t trust the banks, and would rather stop by the post office, to pay there than to use the netbank. She vowed not to take out any more loans in life. Sometimes she think about that a better-paying work would be good, she loves the children and with her age (46), where should she be accepted as a junior? Mary thinks their finances are fine, they can’t get any more out of that. Finally, they have some savings as well.

If you think that the end of the lesson will be that Judy must stop wasting money on wellness and Mary should change and learn to be a programmer, than you are wrong.

Financial situation assessment and planning is not about how you can become richer in the short or long term. Your financial well-being is the TARGET, and not the amount of money, you own. Money, as it is, has made only Uncle Dagobert happy.

The first thing they both need is to be able to face finances.

To do that, Judy needs time and rest. Even the wildest multitask genius can’t oversee the family’s situation and credit costs between 9:30 and 9:37 p.m., while watching TV with one eye, arguing with the kids that they have to get up tomorrow at 6:00 so its time to sleep and programing the morning wash at the same time.

Mary has a psychological barrier: an unlucky financial decision made her afraid of imposing another many decades of burden. This should be talked about, via choosing a person who listens, but not necessarily gives advice, so that the burden became easier. She might need a professional coach.

If Judy’s kids are at grandma’s this weekend and Mary accepts that reviewing the paperwork doesn’t increase the debt, they can sit down to access their situation.

What’s stopping you from spending a little of the next seven days going through your finances?

Find a place in your calendar, at least 3 hours. If you can’t, check out the next week. If it is still impossible, cancel something. Make a reminder, and set a specific small premium, if you finished. Plan something nice to feel as you look through the bills: listen to your favorite music, find a soft blanket or the dog and put your feet back on it, etc.

Still can’t? With your morning coffee, think about why you’re procrastinating. Don’t think this doesn’t work, because your may see through the turpism, but it’s not that hard to fool your own brain and stop procrastinating, you can read about it here.

Do not overestimate the task. This will not be a professional-led financial plan, but rather a short list of your financial situation. Maybe later you will need assistance, but try it first on your own. Are you at the table yet? Super! Mute your phone. Create a booklet or an Excel and try to work on these issues:

The shorter the time frame, the more specific the target should be. Do not work too much on it so far, just try to be honest.

What assets do I have? Make a note of it. Then take all your stable income and list your expenses. If you have unstable incomes, use the smallest amount of the last six months to make a “worst case scenario”, for variable expenses use the largest.

Spending should start with debt, they should be a priority. Then come the higher fees, payable annually, every six months or quarterly, up to the weekly pocket money. Think about the last year: what kind of unexpected spending occured? Look at your bank accounts, your credit card statements. Record the bank charges. Estimate your monthly budget, how much do you spend?

At least for two weeks. To assess where there are points where you can save costs or add income, you’d have to write your financial in and outflow at least for two weeks, better for a month. There are apps that can be downloaded for mobile, but a notebook will do also. Once you have that, compare it to what you wrote down. Shocking, is not it?

We will ask soon the following questions together:

Is there a share of expenditure that is disproportionately high in relation to my revenues? Can I reduce that?

Or can I rather increase my income?

How much interest I pay for my loans, are they not too high compared to the current level of interest?

When was the last time I reviewed insurance, cell phone, internet and other subscription fees? What fees does my bank work with?

What happens to savings, how long would that be enough?

Since you’ve started, you know a lot more about your financial situation so far for free of charge. You can read about the next steps, when you need professinal advice soon. We’ll continue. 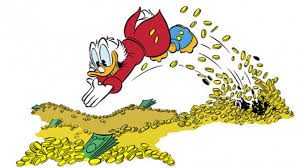 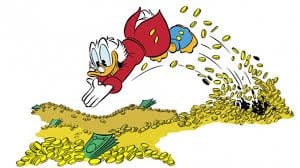