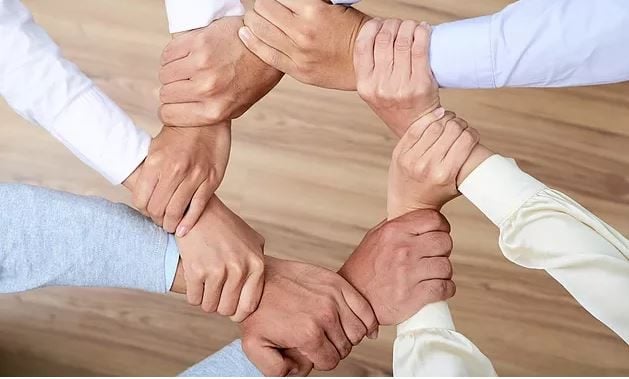 “They are quite polite and indirect,” the new project manager describes her local colleagues. “When they communicate...

“They are quite polite and indirect,” the new project manager describes her local colleagues. “When they communicate problems, you have to guess what the real issue is.” True, that style is in sharp contrast with her toughness in setting ambitious goals, pushing to achieve them and giving feedback. She is a true winner. But her description surprises fellow managers at our leadership coaching session at the company’s European headquarters because it turns cultural stereotypes upside down: the allegedly roundabout colleagues are European men, while the tough achiever is a lady from South-East Asia. She is also a keen observer. During the discussion that ensues, she shares how in her relationship with the European team, individual temperament seems to trump cultural identity.

As modern business started throwing together people of various ethnicities, traditions and backgrounds in physical and virtual work-spaces, the resulting research on national cultures lead to inspiring revelations, but also created unhelpful new stereotypes. The onboarding of managers selected for expat assignments, if it includes an intercultural element at all, focuses exclusively on differences between ‘Americans’, ‘Europeans’ and ‘Asians’, or the equally imaginary characteristics of future colleagues from Mexico, Greece, Russia, Egypt, China and other entities enclosed by the thin map-lines of national identity. True to the 19th-century revolutionary spirit of nation-states, such identities are also easily held up as a shield of excuses in times of conflict: when a team member fails to execute, consent or even comprehend instructions, it must be because he is Japanese, Italian or, god forbid, American.

During my 17 years of consulting European and American multinationals in the Asia-Pacific, I have witnessed countless examples of such mini-wars of nations, and the downward spiral of squandered trust that provides the bread and butter of intercultural management researchers. Meanwhile, my pre-consulting career in international development in Bosnia, Cambodia and elsewhere taught me that similarly to most conflicts triggered by abstract ideas, simple methods can help avoid or mitigate intercultural clashes at mixed professional teams. Judging a person by the cover of her passport is neither the amazing revelation, nor the poisonous misconception it often appears to be. Placed into the right context and given its fair share, awareness of an intercultural team’s mix of personalities, roots, upbringing and values can turn suspicion into curiosity and silo thinking into genuine teamwork.

In The Culture Map, Erin Meyer presents a classification of national cultures quite similar to the way you would describe individual personalities at a company: there are the confident go-getters, the loud socialites, the observant ones shrouded in a bit of mystery and the ones whose criticism hurts somewhat but solves problems. In Meyer’s system, Russia and France, Brazil and the Philippines, Sweden and Japan, Germany and Denmark are respective examples for each category, but you are forgiven to recall colleagues, classmates or family members when you read those adjectives. Seen as homogenous units, cultures behave similarly to people, providing expat managers with a useful system whose very simplicity also poses risks. The human brain, especially one whose master is outside of his comfort zone, seeks simple narratives. And what could be simpler than expecting all Russians to be tough, Brazilians affable, Japanese reserved and Germans accurate?

At least this is an intercultural rookie’s expectation. Seasoned expats recall the mellifluous Russians, stern Brazilians, bubbly Japanese and messy Germans they met, and want better explanations. They soon learn to combine national and individual character to form better predictions of each team member’s reactions, and they are correct. Recent research, like the one presented in Robert Plomin’s Blueprint, prove what grandmothers knew all along: our actions are half nature and half nurture — 40-60 percent DNA and 40-60 percent conditioning, to be scientific. This revelation sheds light on the amazing variety of intercultural teams in all their kaleidoscopic beauty. Whether they consist of identically meticulous perfectionists or a variety of almost incompatible temperaments, each member has a different story behind their critical or casual, solemn or social, soothing or systematic nature. At my coaching, German engineers have turned out to be artists at heart, Chinese auditors fun companions and yes, a South-East Asian manager showed her truly competitive colours.

Assuming responsibility for an intercultural team with the intention to change its members’ character usually ends in tears, mostly shed by the leader. Top minds presenting evolutionary, psychological and neuroscience in volumes like The Leading Brain assure us that the ‘nature’ part, generally called personality, is impossible to change. A leader’s responsibility is to be aware of individual differences between competitive, outgoing, supportive and meticulous temperaments, and assigning tasks requiring such characteristics accordingly. Welcoming diversity is hard: most leaders come from management, where uniformity is desirable. That is why I suggest that they gather data of diverse teams through assessment like DISC, NeuroColor or StrengthsFinder. Leaders with more interest in psychology can also develop a keen sense to observe tell-tale signs of different temperaments in their teams: the way people arrange their desks, interact at meetings, make decisions, handle pressure, phrase emails and reports.

The added challenge of international teams is the way personality hides under layers of upbringing, education, ethnic, national and gender identity. There are as many chatty extroverts born in Rio as in Tokyo, but criticism and encouragement from family, teachers and colleagues create opposing trajectories afterwards. Thus, intercultural leaders must correct for behavioural clues: a Chinese colleague’s brief suggestion to the boss can indicate courage and engagement if the leader knows how unusual such a remark is. The same from an American, coming from a culture obliging people to speak up critically, may signal timidness. Maintaining a balanced view of personal and national character is a laborious leadership task, but essential for a diverse team’s success. Habits from upbringing and education may prevail when people calmly do their jobs, but true temperament will burst to the surface when pressure mounts. Nearing deadlines, our South-East Asian project manager shed Confucian harmony like a cozy cardigan and went to work with sleeves rolled to her elbows.

Getting used to your diversity dashboard

In teamwork, productivity comes from diversity. Putting aside beloved metaphors like eleven goalkeepers in a football team, just imagine the variety of talent required for a project or even a productive meeting. Thoughtful introverts often find chatty socialites disturbing, and in turn get labelled as unimaginative bigots. In fact, a healthy cycle of discovering shortcomings, setting goals, generating solutions, collaborating and evaluating results requires input from different styles along the way. According to brain researcher Helen Fisher, the wisdom of such interdependence has been with us humans for the last quarter million years. Modernity sometimes attempts to replace it with neatly processed-and-packaged uniformity, with dire consequences. Fortunately, when troubles mount, leaders have the key elements of a solution within reach: the unused risk-taking, exploring, supporting or planning DNA in the team, the tasks to be accomplished to put the team’s performance back on track, and a simple teamwork methodology that matches people with tasks.

Recent research suggests a system of team roles based on the same four-fold logic as the classification of personality and cultures. In her books and assessment, Fisher calls them Directors (competitive), Explorers (social), Negotiators (observant) and Builders (systematic). While no team member is entirely this or that, leaders must be aware of each person’s dominant strengths for two reasons. First, smart managers assign tasks that require fighting and winning, exploring and communicating, feeling and supporting or planning and implementing according to individual talent. Second, a team member’s habitual behaviour under clear skies and under pressure can be direct opposites, say because that person is an extrovert from Japan, a salesman from a dynasty of doctors, or an ambitious woman from a male-dominated culture. Leaders aspiring to guide top intercultural teams eventually learn to decipher individual, cultural and team behaviours the way pilots use cockpit instruments, gracefully and almost instinctively intervening when needed, otherwise letting nature and nurture run their course to the destination.

Read next: Three expert tips for successful networking in China