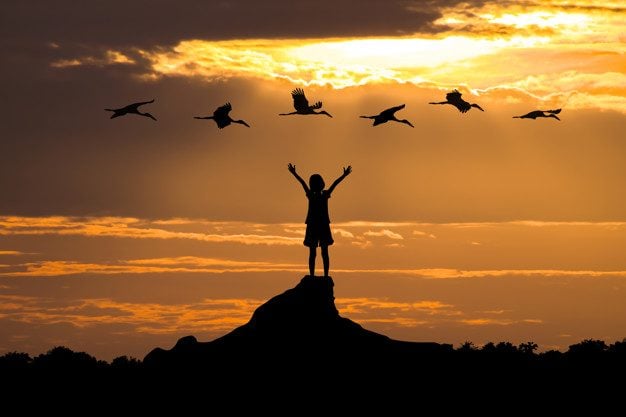 Hesitating to fit into the changing world and lifestyle, will my values, culture become obsolete? Sometimes, as parents, we are too hard on ourselves, afraid of being judged or insecure about losing our children or loved ones, giving in to their demands and the pressures of the frayed messed-up modern generation. I am very happy and proud of my blossoming flowers despite the circumstances. Children are our mirrors and best teachers in later years. Their jokes and witty remarks make my day and lighten the load on my shoulders. Yet, I remind myself of not molding them into my world as with changing times, challenges change too. Living in western countries with a traditional, conservative upbringing is another dilemma for our children. Some of them admit the conflicting beliefs, stereotypes turning into followers, pushing them to fit in the society to some extent.

The golden memoirs of my childhood are still alive in my heart. Living in a joint family, olden days games like Kabaddi, Kho- Kho, Lagori, Cricket, Teacher, Doctor, etc., played by kids together. A renewed sense of joy returned while playing the forgotten sports with family and friends on camping grounds. It’s a total contrast to today’s modern lifestyle filled with electronic games or expensive outings and dining. Am I an old 90-year-old grandma, very conservative, despising the new, rigid, and fixated about the changing world? Not at all. Positivity and negativity are two sides of the same coin. Where can we draw a line? The dilemma of parenting is not new as it doesn’t come with an instruction manual. It’s a delicate balance of values, discipline, freedom, and enjoying the stages. It was hard not to feel guilty while being overprotective yet knowing it hinders their growth.

Freedom is another controversial value subjected to convenience at times in the buy one get one free world. Are we criticized for being orthodox or diplomatic in asking the young teenagers about their whereabouts, friends, and contact numbers while going for a sleepover at a friend’s place? Even if they know and follow the set boundaries of not falling into temptations of peer pressure, alcohol, sex, drugs addictions, do we trust them enough, and our upbringing is the main question. Worry, doubt, anxiety, insecurity creeps up as we live in a fearful world. If not, the relatives, friends, and Mums warn us about the dangers of giving so much freedom to the children and feed in doubts, fear instead of trust, and happiness. I was shocked to see the males staring at my daughter in her late teens (legally allowed) filling petrol alone at the gas station, with me standing at a distance, a fruitful effort to build her confidence and self-esteem for the first time. A mum's heart felt a bit uncomfortable and unsafe, with a queer feeling of being watched and judged unduly. Do I need to box her even if she is ready and capable of being independent with sensible limits? It made me understand the children’s perspective prominently after this incident and the social norms and thinking of our society which shapes us to a great extent. It's about not encroaching the personal space and individual freedom turning them into very conscious, traumatized individuals with personality disorders. Mental abuse, lack of support, suppression could lead to anxiety and severe depression in many cases. Such budding flowers lose their confidence to operate in the world. A significant cause, not only teenagers but adults too swing between the tyrant and rebel patterns today. I do not wish to focus on extremes or paint a negative portrait of the world as we all live in a perfectly imperfect world. Everything in moderation is fine if we are not a football of other people’s opinions or make choices to get others’ approval all the time.

I heard a common complaint from many parents, “my kids don’t have ears”. How about we help them grow new eyes and ears by changing our outlook and listening to understand. Don’t they remind us of our younger years before they were born? It might seem hard but not impossible if we are reasonable enough to set healthy boundaries and allow the relationship to blossom rather than control and let them know who the boss is.

Shaun’s brother came for a visit and stayed overnight at their place. The elder son Anil was reminded by Shaun that he had to drop his maternal uncle at the airport early morning the next day. But the children played electronic games till late at night and woke up late. Eventually, Shane, the father ended up going to the airport instead. Parents were embarrassed as their expectations were not met.

As kids, we used to wake up in the morning, have a shower, light a lamp in front of the altar in the evening, and sing hymns. It became part of our daily discipline easily creating stillness and good habits in life. With a few exceptions, I am glad, the kids follow the daily routine, light the lamp, sing the hymns in the evening, say the grace in English and Indian language at dinner. All the rituals and traditions have a much deeper meaning which was eventually lost along with the generations. I was happy my son could explain the scientific basis behind some rituals to his Asian friends. Isn’t this the legacy we are going to leave for our children? I stopped doubting myself and put the restless complaining mode at peace. I decided to follow the heart intelligence which knows everything is going to be fine, instead of listening to the monkey mind which loves to chatter. I can then bury the anxious mind under the newly developed skin of modern ideologies.

The foundation and definition of relationships have changed over a period. It’s no longer based on trust but pure logic and reasoning. If we express our authority by stating, “you are not going to do this. That’s final.” It will start a whole series of arguments or a WW3. The silver lining is a strengthened bond of friendship between the parents and children nowadays. I am sure, my grandparents would blame the breaking relationships and divorce for a lack of discipline, modern advanced thinking, and protecting our image as a parent on a personal and social level.

In short, if we add, subtract, divide, and multiply all the arguments, the gimmick and spice of life lie in the loving sibling fights, teasing, and bickering arguments within limits. The real warmth can be felt through unspoken words and hugs even with stern decisions taken objectively for their greater good. Love, laughter can fill the void of our tattered relationships, laying a foundation of trust, support, and healing again.