The Curse of ‘Ought’

How many times have you felt that you 'ought' to do this or that? Have you stopped asking why? 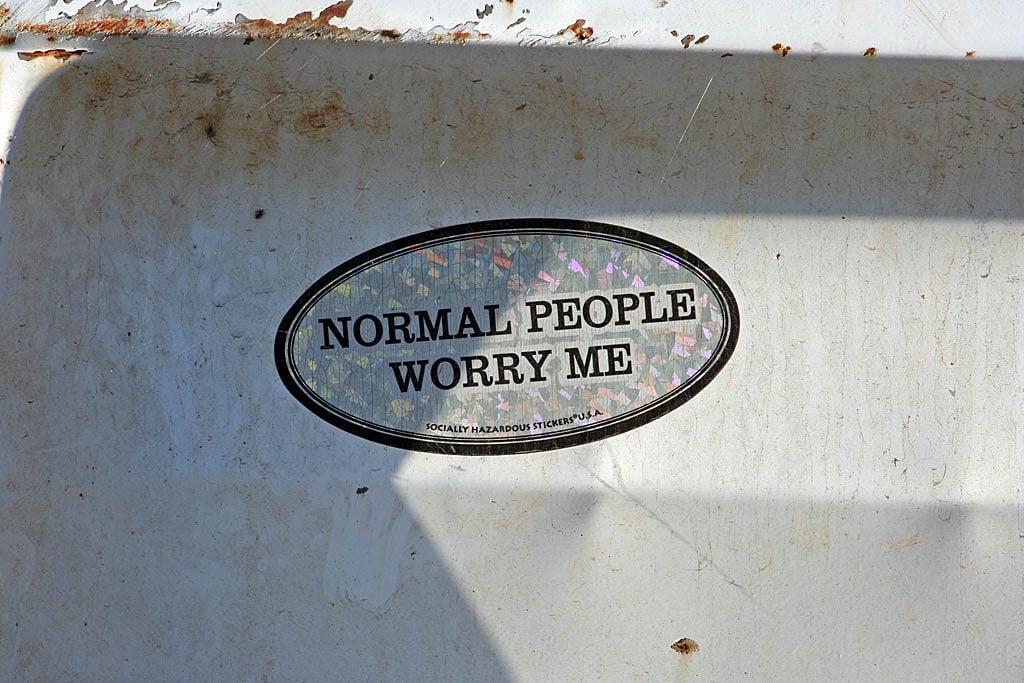 From the time we can comprehend and follow some instructions and even before we are able to speak, we are pulled into a ‘world of ought’. The ‘world of ought’ consists of rules, regulations, rights, and wrongs. You should not suck your thumb. Girls don’t sit like this. Learn to eat with a knife and fork. Don’t be greedy. I can probably fill up an entire blog with only instructions that we are given starting right from the word go!

‘Ought’ was created by people who wanted to create groups that believed in similar things. It seems to stem from a fear of being alone and a feeling of security in numbers. This is probably why we tend to create groups based on different factors such as gender, race, religion, and caste. These groups had to have a specific code to differentiate themselves from other such groups. And thus, the different worlds of ‘ought’ were created.

The world of ‘ought’ is not static or constant. It changes with time, place, culture, race, and religion too. While it was not acceptable for women to wear trousers in India about 30 years back, it is now an extremely common and acceptable occurrence. In fact, women in trousers are considered more modern and ‘with the times. One of the classic examples of how instructions and beliefs change due to religion was demonstrated in the Bollywood movie PK. While a widow wears all white in the Hindu religion, all white is the color of a bride in Christianity!

The Largest ‘World of Ought’

One can probably understand the human need to belong to a group. But what can be considered blasphemy is the universal ‘world of ought’ that man created. This is the world that is also called the ‘normal’ world. In defining what should be normal, we forget to pay attention to what ‘is’ and focus more on what ‘should be’. Indeed, this disease has spread to most of us in such a way that we are unable to look at the beauty that lies in other people or nature itself. Instead, what we end up focusing on is how it should have been.

How often do we hear statements like - she should have learned how to cook, he should work harder to get more money, his ideas should be less dramatic? Constant criticism of the other comes naturally when we are so sure of what the normal is.

It is ironic that most people consider being normal a good thing. In statistics, the normal curve defines the proportion of people that fall in the average bracket and those that fall between different ranges of deviations. Over time, we have created normal curves for almost everything. There are definitions of what is considered average height, weight, IQ, and probably EQ too. Those that are outside the range are ‘abnormals’. While this may have relevance for scientific and medical reasons, it has pervaded area beyond scientific arenas. The concept of normal and abnormal, today, invades our life in all areas.

When we don’t even understand the basis of creation and the reasons why we are here, what authority do we have to start defining what is normal and what is not? Who are we to label an autistic child abnormal because he does not fit into the close confines of the definition of a functioning mind (definitions that we humans have created). If a child of nature is not able to brush his teeth, does he become abnormal? If a boy realizes at a certain age that he seems to prefer other boys to girls, does he become abnormal? If a woman says she does not want to have a child, does that make her abnormal? If someone stutters, does that make her abnormal?

For most zealots steeped in their own sense of ego, these definitions of abnormal may well be justified. What I question is the right of anyone to decide what is normal and what is not. The only thing one knows is that it exists (in fact even that may be something to ponder for the spiritually oriented). And if it exists, then it is normal! There is no argument beyond that.