How can you make the missions in your life successful? 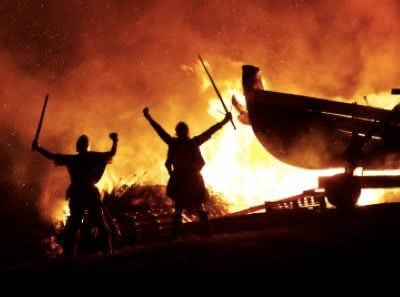 Oftentimes when talking to others about their goals or what they want to accomplish, I often hear, "Well if that doesn't work out, at least I can fall back on plan B." I hear this about careers, business goals, and even relationships.

I say Burn the Ships. This phrase “Burn The Ships” comes from a historic conquest of history when, in 1519, Spanish Conquistador Hernando Cortez landed in Mexico on the shores of the Yucatan, with only one objective…seize the great treasures known to be there, hoarded by the Aztecs. Cortez was committed to his mission and his quest for riches is legendary. Cortez was an excellent motivator, he convinced more than 500 soldiers and 100 sailors to set sail from Spain to Mexico, commanding 11 ships, to take the world’s richest treasure. The historic question is “how a small band of Spanish soldiers arrived in a strange country and swiftly brought about the overthrow of a large and powerful empire that was in power for over six centuries? For Cortez, the answer was easy. It was all or nothing! A Complete and Total Commitment. Here’s how Cortez got the “buy-in” from the rest of his men. He took away the option of failure. The mission was to conquer and be heroes and enjoy the spoils of victory…or DIE! When Cortez and his men arrived on the shores of the Yucatan he rallied the men for one final pep talk before leading his men into battle and uttered these three words that changed the course of history. “Burn the Ships”.

He met with resistance from his men. "Burn the ships," he repeated. He then uttered these words "if we are going home, we are going home in their ships". With that, Cortez and his men burned their own ships, and by burning their own ships, the commitment level of the men was raised to a whole new level. A level much higher than any of the men, including Cortez, could have ever imagined. Amazingly, the men conquered the Aztecs and had succeeded in something where others had been unsuccessful for six centuries. With the victory, Cortez and his men took the treasure. Why did they win? They had no escape. No fallback position. They had no choice! It was "succeed or die". Their ships were burned. They had no way to get back. Their backs were to the wall. It's amazing what you can accomplish when your back is against the wall and there's no other way out.

This story is really more about commitment and never giving up. If we know that our ships are still out there, we instinctively head for our ships so we can escape when things get tough. It's just human nature. The path of least resistance. The level of thinking and commitment Cortez sought from his men saw sacrifice as a positive thing to be cherished and fought for. Cortez didn’t allow himself or his men to have the option of going back to Spain. By removing this option, Cortez and his men were forced to focus on how they could make the mission successful.

And so it is with you. How can you make the missions in your life successful? What sacrifices will it take to reach your goals? How big are your dreams? Who is encouraging you to get there?