How To Find Your Greatness And Overcome Your Limitations 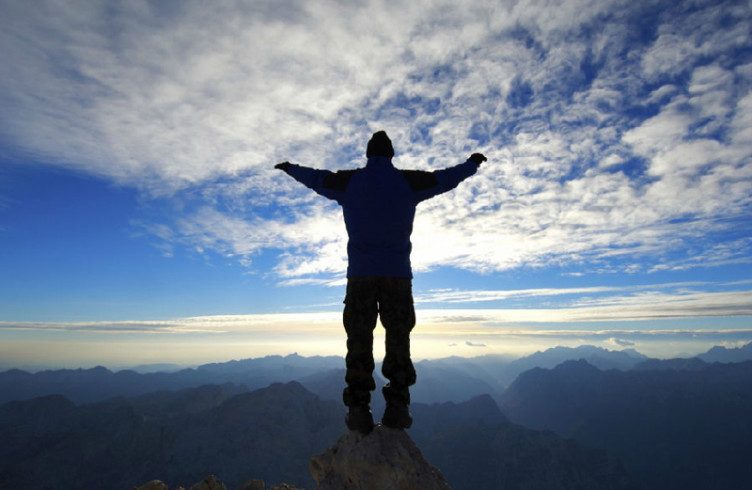 “Some are born great, some achieve greatness, and some have greatness thrust upon them,” declared William Shakespeare.

Helen Keller contracted what is believed to have been meningitis or scarlet fever at the age of 19 months and was left permanently deaf and blind. Her parents knew their chances of finding a teacher to work with her were slim, given their remote location in Alabama. Yet this did not deter her mother, Kate Keller from finding a teacher by the name of Anne Sullivan.

Anne had overcome her own physical problems to include vision complications which required repeated surgery to correct. Over the coming years, Sullivan taught the ten-year-old Keller to read Braille to aid her learning capabilities.

In light of Helen Keller’s story, I’d like you to consider your definition of greatness.

Helen Keller maintained a strong locus of control given her accomplishments and in view of her disabilities. It begs the question: are we born into greatness or does it develop it over time? I affirm that greatness is formed as a result of a nurturing environment. For some, hardship means to recoil in resignation. For others like Keller, it presents the opportunity to overcome restrictions to win through.

In an earlier article I stated, you are never presented with an experience to the sum of your conditioning. We must venture beyond our harbour of contentment if we wish to discover our genius.

Recognise your limitations but don’t let them define you. Similarly, don’t be deceived by a limited consciousness – expand, expand, expand your mind. In stating the obvious, being unaware of your potential means you’re less inclined to unearth your greatness. Those who know of their potential have an unyielding self-belief to expose themselves to the unknown.

“It is a rough road that leads to the heights of greatness.” – Seneca

Just as a tightrope walker knows death is imminent if he loses balance, he continues to push past the precipice of fear into the unknown. It is there he develops a deep respect for his pursuit, knowing his life can be taken away from him at any moment.

Don’t place limitations on what you perceive is possible. Far too many people discount what they’re capable of, given self-imposed ceilings of limitations. Those same people set lofty goals yet wonder why life is not imbued with passion. Take charge by accepting responsibility for your actions, irrespective of whether circumstances play out in your favour or not. Greatness summons you to venture into the unknown, often without a clear vision.

There are no assurances when one yields to greatness. Talent, genius and your impending gifts serve you when you step into your power. Greatness is attained when we follow our passions and build on our successes. As we pursue our dreams, our goals and our desires, we invest in our greatness.

Greatness demands we overcome our inherent shortcomings as we are exposed to that which scares us. Author David Potter states, “We might gain perspective by considering how the Ancient Greeks determined greatness in athletes. Then and now, true greatness is as defined not by a single moment, but by the ability to build a record of extraordinary achievement.”

Greatness is attained when we dare to play big and for this reason it is commensurate with humility. The great are humble, knowing their talents, gifts and genius are expressed through them as infinite intelligence.

Equally, others suggest greatness extends from the soul. When an individual cultivates their soul’s gifts, greatness results to express this faculty. Those like Ghandi, Mother Theresa, Martin Luther King Jr. and others understood that to have an emotional impact on people, they had to align with their soul’s calling. It is written into their words and actions.

We are the sum of our actions and in the same way actions express our thoughts, they also reflect our self-worth. You strengthen your self-esteem by elevating your internal locus of control every time you honour your integrity.

Shakespeare proposed three conditions for greatness in the opening quote while the Roman philosopher Seneca suggested adversity commands the path to greatness. Either way, greatness is the journey to overcome our limitations.

It was Michelangelo who affirmed, “In every block of marble I see a statue as plain as though it stood before me, shaped and perfect in attitude and action. I have only to hew away the rough walls that imprison the lovely apparition to reveal it to the other eyes as mine see it.”

I urge you to unearth your greatness, thus exposing the façade obscuring it.

In time, your doubts and fears will break away revealing your true, strong self. It this self that shall be seen by all.