By the time Dave took up his post as the Shanghai branch’s General Manager, he had done his homework on Confucian leader... 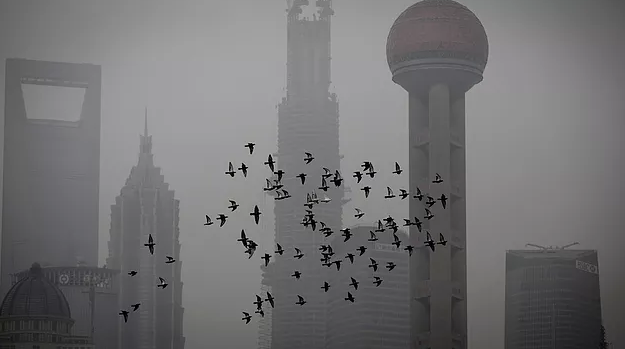 By the time Dave took up his post as the Shanghai branch’s General Manager, he had done his homework on Confucian leadership. Nurturing ambitions to step up to China CEO in a few years, he had mentally rehearsed its mantras: never make people lose face, maintain social harmony, build guanxi (Chinese-style networking, if he understood correctly), be a father figure to your team. But his first month mystified him. The confident young team of Chinese colleagues appeared in no need of a new dad. The head of his firm’s state-owned joint venture partner was a tough and straightforward negotiator, more Wall Street than Great Wall. The local applicants he interviewed ranged from senior experts with Germanic precision to wide-eyed innovators hoping to launch their startup after a few years of employment. Was he cheated by the books or did he take the wrong plane, he wondered.

Confucian business leadership is a real thing, and if you read British philosopher Bertrand Russell’s 1920s book The Problem of China, you will see it in action as he did. It worked, and in pockets of China’s economy it still works, according to simple principles. Learn how successful role models cared for their people and replicate their methods. The best followers will become leaders, and eventually role models for future generations. This philosophy worked well for surprisingly long: China was one of the world’s top three economies from Confucius’s time until Russell’s. But then the world changed and China transformed with it. Leaders of the New China promoted social strife, competition and meritocracy — all alien to Confucian humility. Within a century, China opened its doors to one ideology after another: revolution, industrialisation, modernisation, innovation and globalisation. Each one brought its own ideas about who should be in charge and why: heroes, builders, scientists, visionaries, technocrats.

Awareness: Get your cultural maps

Like many expats, Dave landed in the middle of that transition, and worked from an outdated blueprint. In the last few decades (a glimpse in cultural terms), China had found a new working model, but as it happens in most transitional teams, firms and societies, the new method spread from the top down. Like many firms after leadership change, today’s China has a progressive elite and a traditional rank-and-file. Expats mostly interact with the country’s top five percent that, according to economists, owns the bigger half of national wealth: their colleagues, clients, suppliers and even housekeepers. To traditional Chinese standards, this urban elite is straightforward and competitive — true winners. But scratch the surface over a sincere chat with even the most career-hungry colleague you know, and the half-buried Confucian foundations will reveal themselves: at home, elderly relatives need medical and emotional care, and extended families, often far from urban centres, have clear expectations towards the relative who ‘made it’ for all of them.

Few expats experience China to such depth: after all, the top five percent still exceeds the population of France. Local colleagues that surround them often choose the exotic environment of a multinational firm to escape both Confucian obligations and the potential stress of fast-track careers offered by local firms like Huawei. Such colleagues shield expat leaders from local reality, and never expect them to manage ‘the Chinese way’. Instead, they want their leader to be aware where the cultural borders are, and help them connect Chinese and international behavioural paradigms, a tiring act for which most Chinese people lack the necessary exposure to cultural diversity. To fulfil such hopes, expat leaders must rely on two essential elements of intercultural success: a clear system that explains different cultural behaviours, and awareness of their own leadership style in it. The first calls for a simple but scientifically valid reference such as Erin Meyer’s The Culture Map. The second can be acquired in two ways: a reliable assessment system or regular and candid communication with reports, peers and supervisors.

Take as an example a frequent complaint of China expat leaders: their people’s impatience with pay raises and promotions. If you did your preparation form a Confucian manual, you will flip the pages in disbelief. But in modern China’s break-neck race to the top, it makes perfect sense: someone with a good job must earn enough to support several family members, plus buy her own freedom to save, take vacations and perhaps invest in a second home. The indirect pressure easily pushes expat leaders to extremes, regardless of their usual leadership style. Acting like a Confucian parent figure soon puts the boss in charge of everyone’s life — a nightmare for many foreign managers. Expats who are more attracted to contemporary China’s gung-ho and try to add speed seldom have the resources to add enough, and their best talent may still leave for better offers. Amy, a determined expat whom I coached for years, thought she figured out the way to act like a Chinese boss and decided to be personally involved in every promotion — something she resented as the firm grew ten-fold in four years.

The solution to China’s seemingly mysterious leadership culture is that while Confucian traditions survive among blue-collar workers, family enterprises and academia, expats operate in enclaves that are far from ‘Chinese’. After we mapped Amy’s natural leadership style, that of her key managers and her business unit’s culture, we found them aligned with the German firm’s core values. We also found that turnover among managers who received fast-track promotions was higher than average. Amy’s job was to find the suitable top talent that was naturally in favour of slower but predictable progress, not to match the country’s speed by throwing resources at the problem. As for Dave, an analysis of his temperament explained his excitement about Confucian leadership — his natural style was a perfect match for China’s traditional idea of a leader. That helped him build an enviable level of trust with his management team, suppliers and even factory workers, but tough decisions and ruthless strategic negotiations broke his heart (and cash flow) on a weekly basis. What would Sun Tzu do?

Sun Tzu and Peter Drucker would have agreed that leadership is a strategic art form, because art can resolve paradoxes where reason fails. While studying diplomacy in the 1990s, I was fascinated by Samuel Huntington’s prediction of The Clash of Civilizations. Luckily, East and West have so far avoided a cataclysmic show-down, but cultures often clash within societies: think of explosive topics in like gender equality and immigration. China’s foremost culture clash is between traditional harmony and recently imported values of competitive risk-taking: ideologies that occupy opposing corners of scientific culture maps. The outcome is far from decisive. After a turbulent and often tragic 20th century, the new high-risk strategy began to pay off, and catapulted China to the top of economic charts again. But as the human and environmental costs of that success are becoming clearer, innovative Chinese firms like Alibaba successfully reconnect ancient China’s harmonious, network-based, community-centred leadership style with the 21st century. Expats can learn more from them about Confucian leadership than most manuals.

Over two years of coaching, I observed as Dave gradually understood the absurdity of a foreigner forcing half-baked Confucian leadership on a reluctant local team. He understood that like city-dots in a map, marks in The Culture Map represent co-existing, and often conflicting sub-cultures underneath. That lead him to appreciate a universally applicable element of Confucian culture called ‘cha yan, guan se’: the careful observation of individual characteristics, which is also the foundation of modern methods like Situational Leadership. Impatient representatives of the new China’s ‘play to win’ culture became his front line towards tough negotiating partners. For local experts who respected the well-known German firm’s home culture, he secured the time and resources to deliver on the team’s promises. Since Dave’s personality rather suited leading from behind, he carefully observed and assessed talents, delegated tasks, mediated between opposing views and created the necessary environment for top performance. He was no father figure, but he showed direction, quelled quarrels and governed with grace. Confucius would have approved.

This article is based on my keynote speech with the same title at the West Lake Culture Forum, an international conference that also featured keynote speakers such as Simone Filippini, Paolo Sironi and Andrew Wheeler. Contact me to bring the speech to your event or company.

Read next: How 2019 will sharpen your leadership values