Preparing foreign businesses for old and new challenges in China

For business leaders running multinational firms in China, the first half of 2020 was a surreal time... 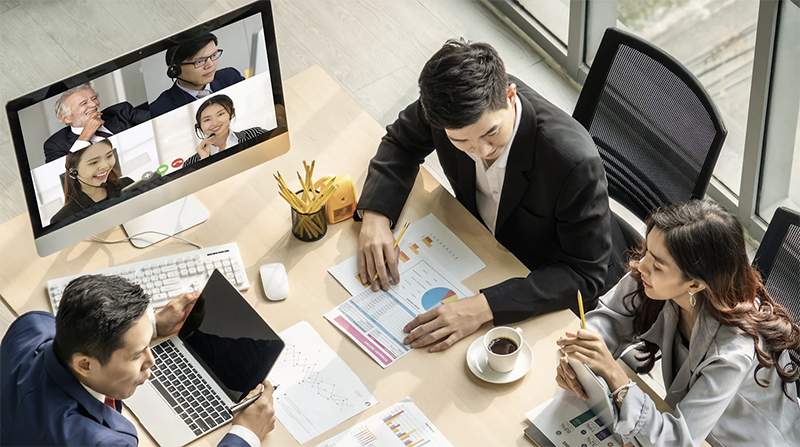 For business leaders running multinational firms in China, the first half of 2020 was a surreal time. One executive I coached had to manage his team through a stressful lockdown only weeks after he started his new job. Many had to choose between being grounded for week at home or at work. As COVID-19 measures hit China just before the Lunar New Year, a significant part of China’s expat community got stranded abroad during home visits, at beach hotels, guest houses, at headquarters or with friends somewhere around the globe. For years, VUCA (volatile, uncertain, complex and ambiguous) was a buzzword to describe a changeable business environment. Those who prepared for VUCA never hoped for such a test of their new skills.

Some multinationals fare better than others in a newly shaping business environment in China. Virtual agility and compatibility, if leadership was prudent enough to develop it, saved lives and livelihoods. In China’s restricted digital environment, some teams feverishly installed the free version of Zoom while others arranged meetings, data transfers, audits and training through long-tested intranet applications. Companies that relied heavily on zigzagging global R&D and supply chains, often for the sake of intellectual property protection, became more vulnerable than those with backup teams, resources and suppliers in China, or at least close by. While foreigners could not enter China for the last four months, those companies that reached an advanced stage of leadership localisation and succession gained a sudden advantage.

The new normal is not entirely new

Lean and agile global networks for resources, suppliers, goods, services and customers were the great accomplishment of the early 21st century. China was both a chief beneficiary and creator of that emerging order. But recent years saw networks with epicentres in China weaken for political reasons. Data transfers became selective. Protective barriers rose between China and its main trading partners. Trade wars and disputes erupted, leading to more blame and higher barricades. COVID-19 violently boosted the already spreading sentiment that cooperation with foreigners must be done on strictly self-authored, rather than mutually agreed terms. And that will be the new reality for international businesses in China for the foreseeable future.

The great advantage of businesses over governments, NGOs or universities is that they can adapt flexibly as long as they deliver the bottom line. In recent years, multinational firms have weathered China’s political storm surprisingly well. Executives I coach or advise quickly realised the approaching end of the vibrant international business hubs developed during China’s ‘reform and development’ years. In the early 2000s, global firms had keenly accepted the relatively liberal enclaves called Special Economic Zones (or Development Zones, or High-Tech Zones or similar) assigned for foreign businesses, and populated them with thousands of expats, from specialists to CEOs. Recently, rising labour costs, persistent intellectual property concerns, pressure from local competitors and toughening government regulations convinced expat executives to look for alternatives.

How can leaders prepare?

Some departing expats posted gloomy ‘Why I am leaving China’ blogs, but multinationals churned on. Firms with successful management localisation strategies had trained a generation of local leaders to comfortably hop between Chinese and non-Chinese leadership cultures. Some had even invested in reverse: developing Chinese-speaking foreigners into international managers fluent in Mandarin, guanxi and local social nuances. Predictably, the number of foreigners started dropping, but that didn’t bother most departing expats, companies and above all, the Chinese government. What corporate psychologist David Ammerschlaeger, called ‘post-colonial expats’ in our online panel discussion became an endangered species in China. Then, the pandemic finished the job. What will come afterwards, and how to prepare for it became FAQs of my China-related intercultural leadership work in 2020.

Executives who understand China know how different the ‘new normal’ will be from past years. China’s 7th national census later this year will show the number of foreigners for the first time since 2010. By then, I estimate that a third of expats will not return from abroad. Since human trust and cooperation feeds on interaction, we can expect mutual suspicion to grow across China’s borders, leading to thickening barriers to the mobility of people, goods and ideas. Meanwhile, China will remain a prime destination for global business with a huge and undersupplied domestic market, increasingly educated, wealthy and choosy population and thriving financial markets. It remains a profitable and innovative location for multinationals, with a still exceptional growth potential. So, when fewer expats manage more business in China, how can international leaders and firms smoothen the transition to a new normal?

A world where people and goods struggle to enter and exit China, but data can move with relative ease, will mark a new era for business solutions like robotics, dark factories and automatic warehousing. That will make many expat jobs redundant: anyone with wireless access can run virtual operations and teams. Physical presence will not become entirely irrelevant: key managers, essential specialists and the executives who represent firms in China’s intensifying political environment will actually become more important. But well-prepared firms will be able to run their business behind the Great Wall with a Pareto-style 20-80 arrangement: one-fifth of former expat jobs must remain in place while the remaining four-fifth can be done from an office in Boston, a call centre in Bangkok or a café in Berlin.

‘Why I am leaving China’ blogs are melancholy because their authors cannot imagine foreign interests in China without the jolly expat hubs in Beijing’s Chaoyang or Shanghai’s Jing An. But executives must differentiate between withdrawing their expats and withdrawing their business. ‘China+1’, a policy of developing backup capacity and supply chains in a nearby country, was invented by politically vulnerable Japanese firms, and since got adopted by many multinationals. Meanwhile, smart China expat executives I know diligently nurture local roots: locally registered subsidiaries, vital government relations and capable Chinese managers. Essential but often neglected, locally settled foreigners with Chinese spouses, kids, property, language fluency and long-term plans in the country can provide a missing link between indigenous and international business cultures.

Will that make China business easy? No. Beijing artfully balances welcoming and protective regulations, and 2020 will not lighten the mood. But China is only part of a global trend of markets turning inward. Multinational managers must learn to deploy their global strategies to fortifying commercial islands through locally rooted teams and leadership. A few globe-trotters will bravely traverse the barriers with the virtual support of remote teams in headquarters and across the globe. Moving across cultures for business may become a privilege. But working and leading across cultures will be a necessity: in the emerging new normal, cohorts of mid- to top-level managers far exceeding previous China expat numbers must acquire the intercultural agility to remotely deal with China and other challenging locations.

As many have found out in recent months, virtual work does not make diversity easier: teleconferencing often amplifies culture shock. Whether through a headset or the jet-set, multinational managers connected to China need the same intercultural leadership skills as a Shanghai expat enjoying a Sunday pizza at one of China’s shrinking foreigner hubs.

Read next: Why diversity is the ‘immune system’ of management teams