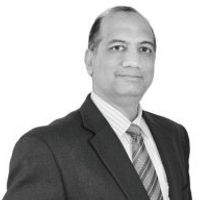 3 Types of Leaders in the Pandemic Era

A look at how the pandemic is testing leadership quality as never before. Here, I take a look at the 3 types of Leaders

Leadership is being put through the crucible of character as never before by the ongoing global pandemic. The way leaders are reacting and responding to the crisis has been a study in the fine art of leadership. Indeed, the way in which leaders of nations, political parties, industry and commerce have been managing the affairs of their domain, has largely determined how successful their efforts have been. Nowhere has this been more apparent than in the mindset with which the leaders are seeing the current situation. We are seeing 3 broad types of leadership mindsets at work

Leaders in this category are in denial. They are convinced that the present situation is completely overblown and exaggerated, characterised by over-reaction and needless panic. They are angry at the disruption caused and are worried about achieving their targets, profits, revenues and bonuses. The message they give out to their people is aimed at minimising the impact of the situation and that it is going to be business as usual to a great extent. These Leaders would want their employees to be as productive as they can, even while working from home. Their focus is on getting the business back to speed as soon as possible while downplaying the long term risks and consequences on the lives and careers of their employees.

The Flat Earthers leadership style is characterised by reluctance to initiate large scale reforms, introducing ad hoc measures for the short term and by making incremental changes to the way of working. Flat earth leaders focus on external communication with their customers, suppliers and vendors much more than internal communication with employees. There is very less evidence of empathy and understanding while being very aggressive with cost cutting, employee restructuring and downsizing.

These form the majority of leaders who have made a flying leap to the middle of the road. They are precariously trying to straddle the fence in terms of maintaining status quo and making the necessary reforms and bringing in changes. They are more confused rather than angry at the situation and the lack of concrete information is not helping them at all. While their hearts are in the right place in terms of being empathetic towards their employees, the are also worried about the impact this situation could have on the future of their companies and on their own careers. The fence sitting leaders are torn between proactively dealing with the situation and holding the line and continuity. While being more open to employees working from home and to adopting safety standards at work, these leaders are only looking at such measures as a short term necessity and look forward to a time when they could get back to the way things were.

The Fence Sitters’ leadership style is driven by the need to balance the safety of employees with the continuity of business and operational matters and this often leads to mixed signals being sent out to various stakeholders. Communication tends to be sporadic and sketchy in terms of firm action steps being taken by the leadership while being more ‘feel good’ and ‘motivational’ in nature. Employees are left conflicted between trying to stay safe and keep their line functions safe while ensuring operations continue without interruptions. The Fence Sitters management style is characterized by inertia, tokenism and cluelessness.

This minority of leaders are showing what it takes to steer organisations during times of crisis by displaying admirable courage, fortitude and pragmatism. They view the pandemic and the disruption it has caused as an adversity that has to be overcome and in doing so, grow; as leaders, as an organisation and as a society. Backed by a strong belief that team work and commitment followed by dedicated efforts would see them triumph, these leaders set to the task with determination and purpose. Their primary goal is to ensure the safety and security of the organisation’s assets, both physical and human capital. They have the ability to reassess priorities and take positive action.

The leadership style of the Resolute Anchors is a mix of empathy, genuine concern and calm response to the situation on hand. They desist from knee jerk reactions while keeping their options open. They are aware that they may have to take decisions based on incomplete and often times false data. They over communicate rather than under communicate as they know that employees are anxious and are depending on their leader to keep them abreast with what’s going on. The Resolute Anchors create a safe space within which employees are encouraged to come up with creative solutions, be critical of existing processes and vote down proposed actions. Above all, these leaders make themselves vulnerable in front of their employees and in doing so, earn their credibility and trust.

When the dust settles on this pandemic, there are going to be those organisations that are left standing and the many who would not and what determines who stands and who do not depends on the type of leadership that was on display. We are already seeing many operations fold due to lack of agility and the rigid processes and systems in place that may have served them well during steady state but woefully fall short in this changed paradigm. Ultimately, the organisations that are going to emerge stronger from this pandemic are the ones who will have the Resolute Anchors as leaders.