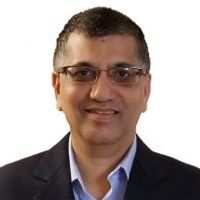 My journey from a stressed-out executive to a catalytic COACH

This narrative illustrates how my work-life got transformed from despair to triumph.

I firmly believe that as I could transform my life ANYONE CAN!

My initial work experience until 2000 was in the Indian I.T industry. When I migrated to the US, the dotcom bubble had just burst. So, my employer thought it best to use my skills in their tech staffing business as he believed that I was good at understanding and guiding people. I quickly learned about profile matching & interviewing in a competitive marketplace which rapidly turned into a recession. Amidst all this, I realized that the aspects I liked the most were in helping candidates to stand-out in their job interviews.

As the economy moved out of the recession, my work now encompassed developing new business, building a team of recruiters and sales executives, negotiating contracts, building alliances, etc. This spurred my quest for more impact inside the company and finding the critical path for enabling exponential growth. I realized that the ‘next level’ of performance and value-growth for my organization could only happen through a systemic change in our way of operations.

Due to my zeal of enabling this renaissance, I became direct in my communication and tenacious in my work-style. That’s when I learned the difficulty of coaching upwards and leading from the middle. I got constantly rebuked by my boss and felt the backlash from some folks who were not directly reporting to me. My missionary zeal looked to others as a forceful behavior. All this caused a decline in my well-being and adversely affected the quality of my sleep. Due to my attachment to the company and bonding with the owner, I back-tracked and relinquished my tight-hold on some of the operational aspects. However, it didn't improve the company growth. Rather it led to a lack of synergy among our functional units.

Coincidentally during this time-frame, I had started volunteering outside my company. I contributed my spare time in career & job placement workshops at NJCC, Edison Job Corps, SHRM, etc., and teaching yoga at the YMCA. Thankfully this provided a validation on my work-life approach and helped in restoring my mojo! It also led to paid opportunities to provide career coaching. These coaching engagements fulfilled my intrinsic desire for helping people to achieve their goals. I considered it as a side-gig while focusing on my mission of transforming my employer’s business for enabling exponential growth. I believed that increasing the company’s market value would help in building wealth for myself in the long term.

Then came the recession of 2008-09 which caused a reduction in our company’s revenue and an increase in our employee attrition rate. Due to the critical need to salvage the organization, I tried once again to institute a change, albeit with limited force this time. This change was with the hope of stemming the downward spiral. To my despair, it completely failed to work and backfired on me.

I decided to move-on and took a role in another company. Thus, I began my worst-period of stress and frustration almost leading to a burnout. My last job had a long commute which left me with no time and energy to pursue new coaching engagements.

Over these years I learned the following:

1. Trying to fit in a culture which is not aligned with your beliefs & values causes a decline in your workplace productivity and adversely affects your personal growth

2. Change in an organization’s operational approach can happen only in an environment of mutual trust and respect

3. It’s extremely difficult to change your boss’ behavior unless s/he wants to make that change

4. To protect your own well-being, it’s crucial to be aware of those who use emotional masking and engage in publicly embarrassing others

5. Managers who constantly indulge in blaming and undermining their workforce would not be open to constructive dialogue and learning

So, in 2017 I had to make an important decision as to whether it’s the right time to pursue my passion for coaching. Finally, with the support of my wife and son, I started working as a full-time COACH.

My knowledge and skills are now being fully utilized for helping my clients to ascend to their 'next job' or ‘next level’. I facilitate their path for achieving positive outcomes, meaningful results, aligned growth, and intrinsic satisfaction.

Lessons learned in my recent years of coaching:

1. I don’t have all the answers; I have the confidence to co-create the answers with my client

2. The more open I get in sharing about my flaws & shortcomings; the more trust I build with my client. This helps them to share about their own fears, dilemmas, and hurdles

3. I can only help a person change a behavior or habit which s/he wants to change

5. Active listening is vital for me to uncover my client’s latent issues & hidden-blocks

I love being a catalyst for my client's breakthroughs and transformation!